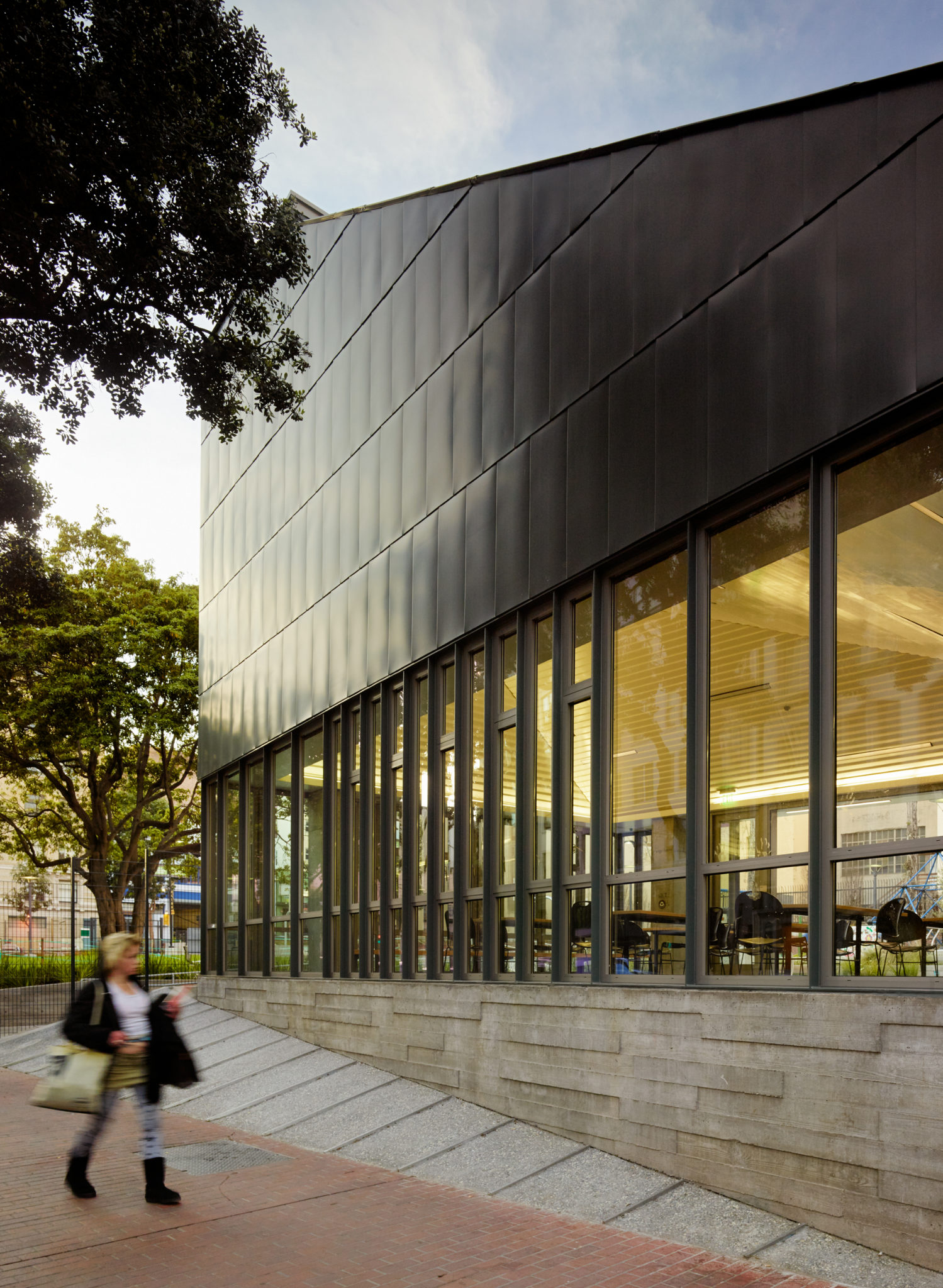 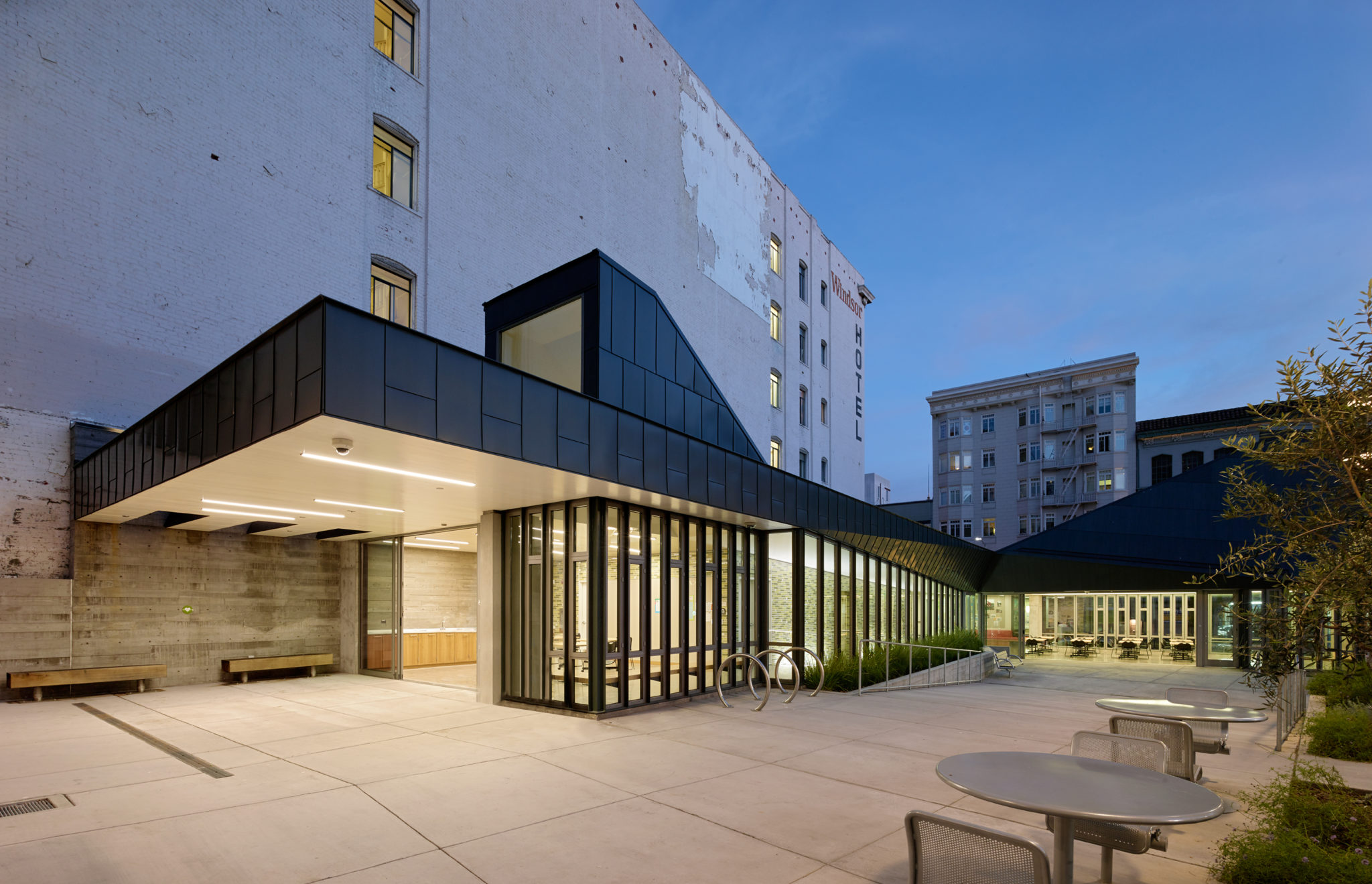 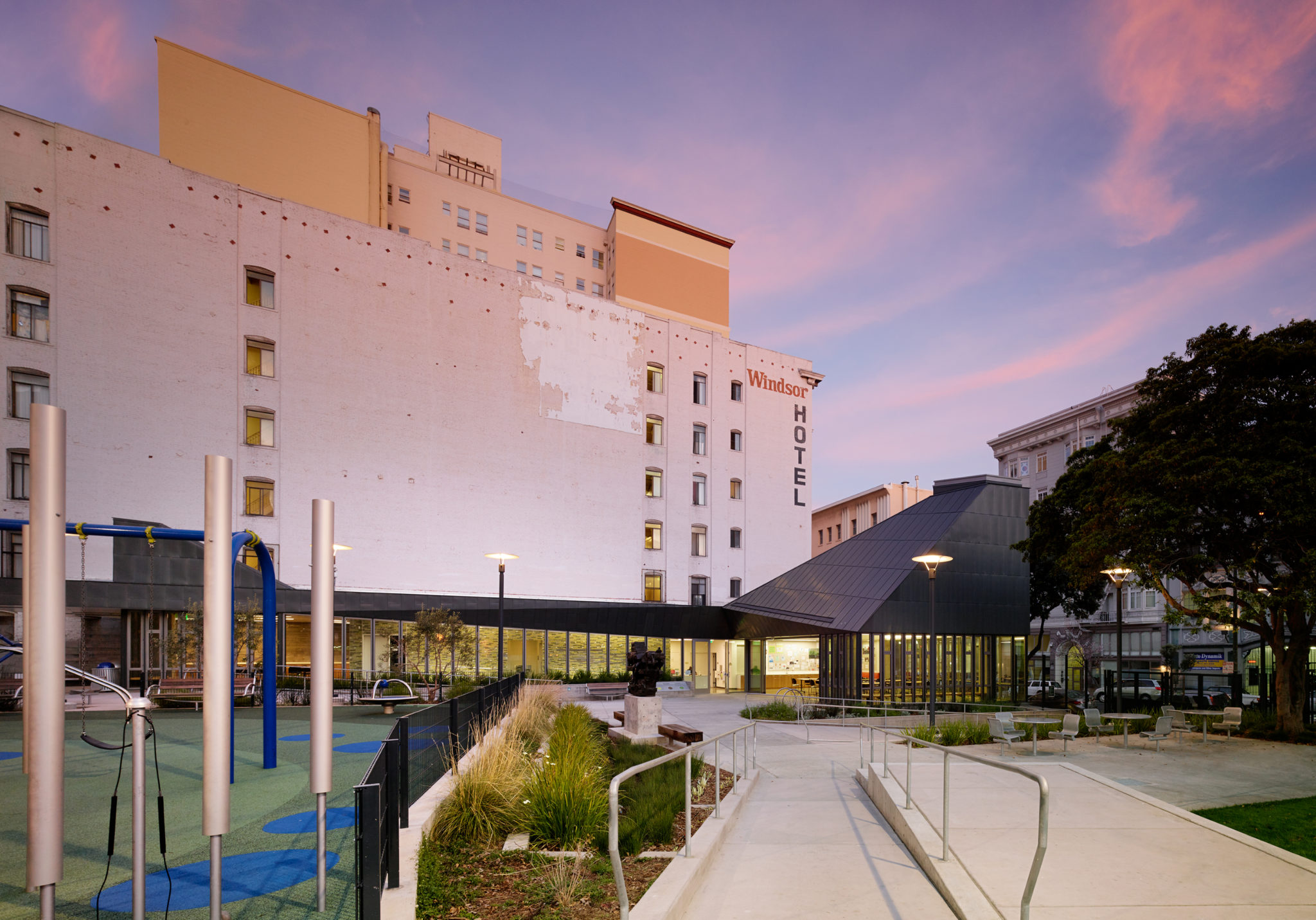 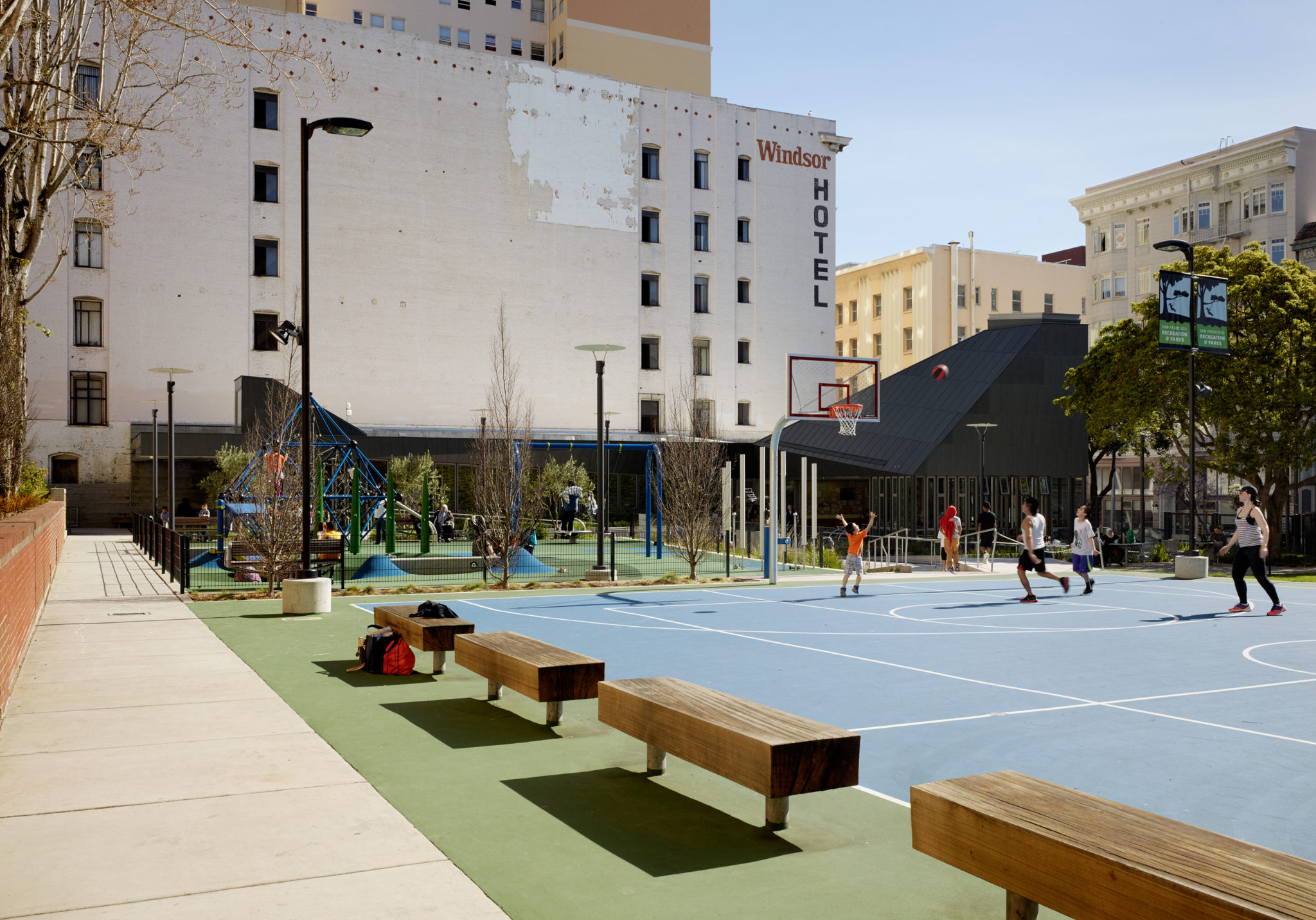 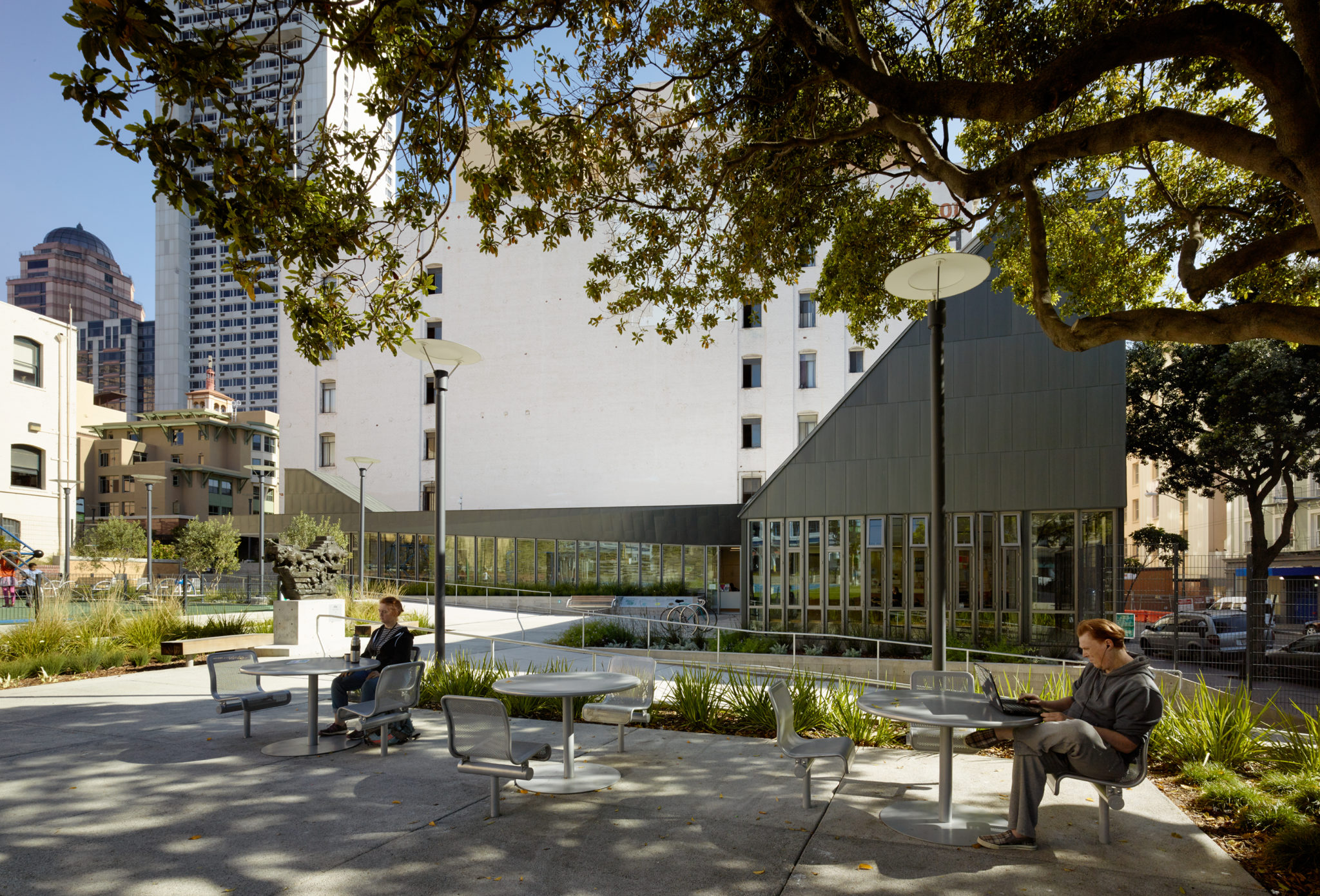 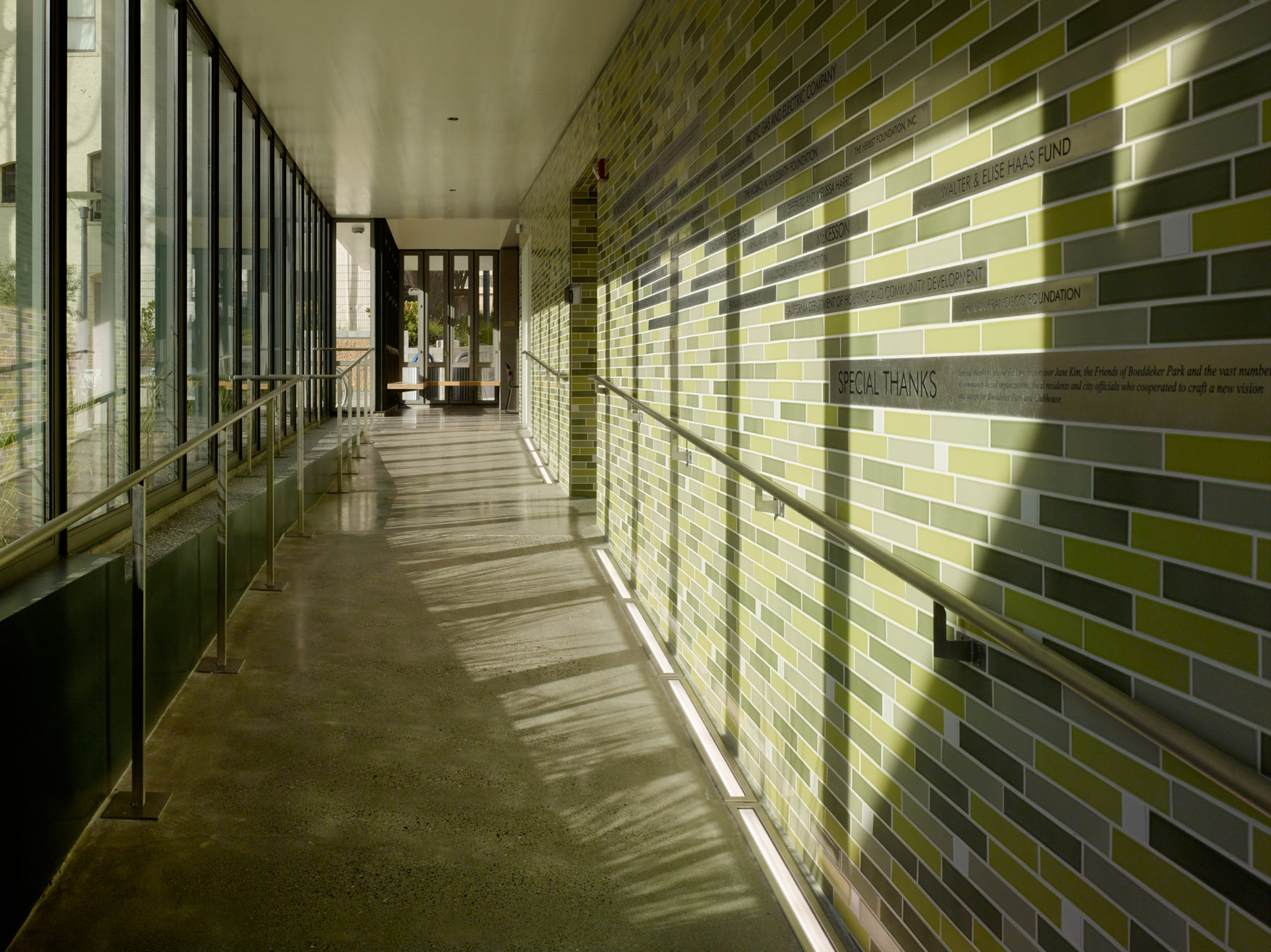 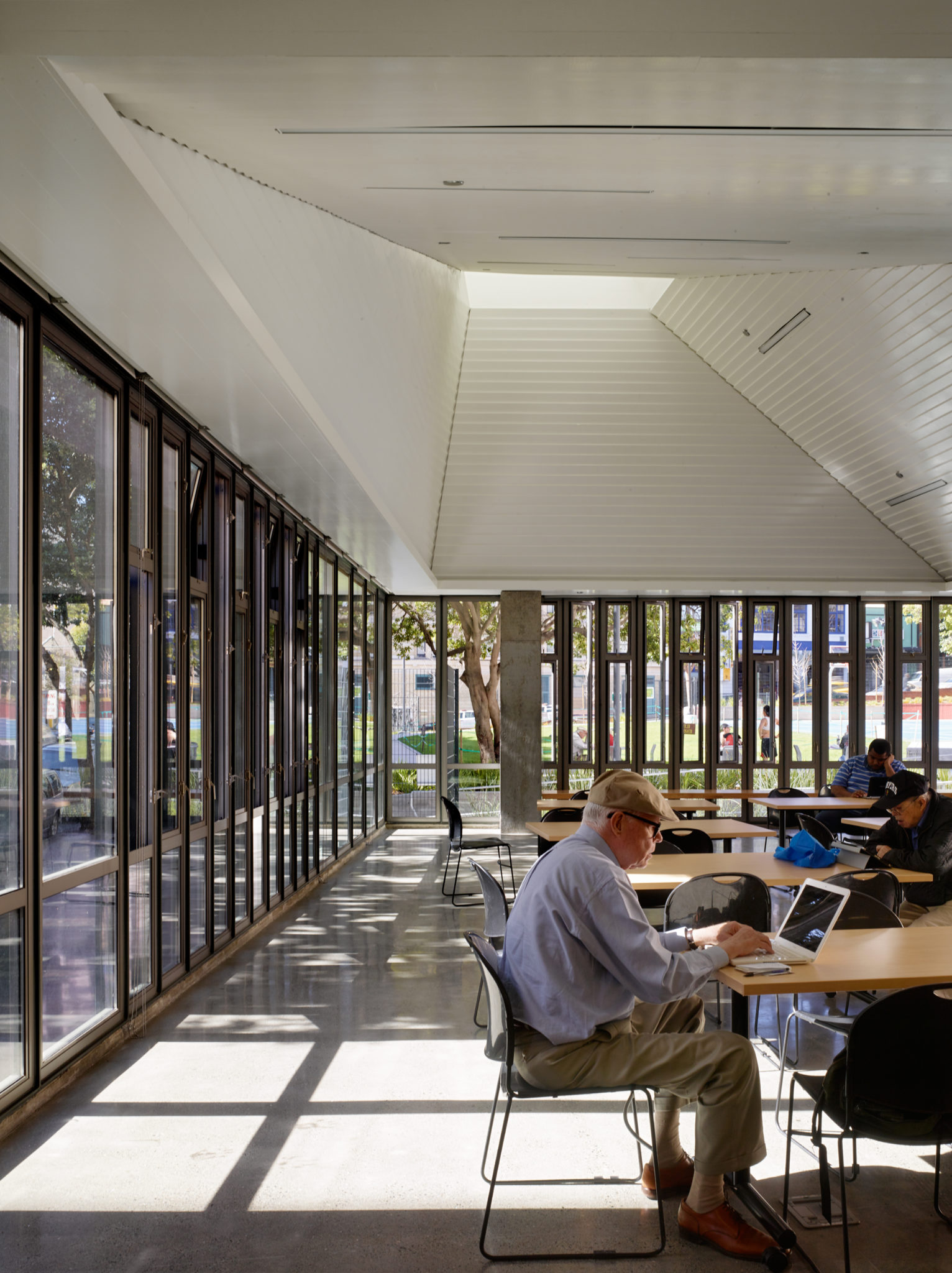 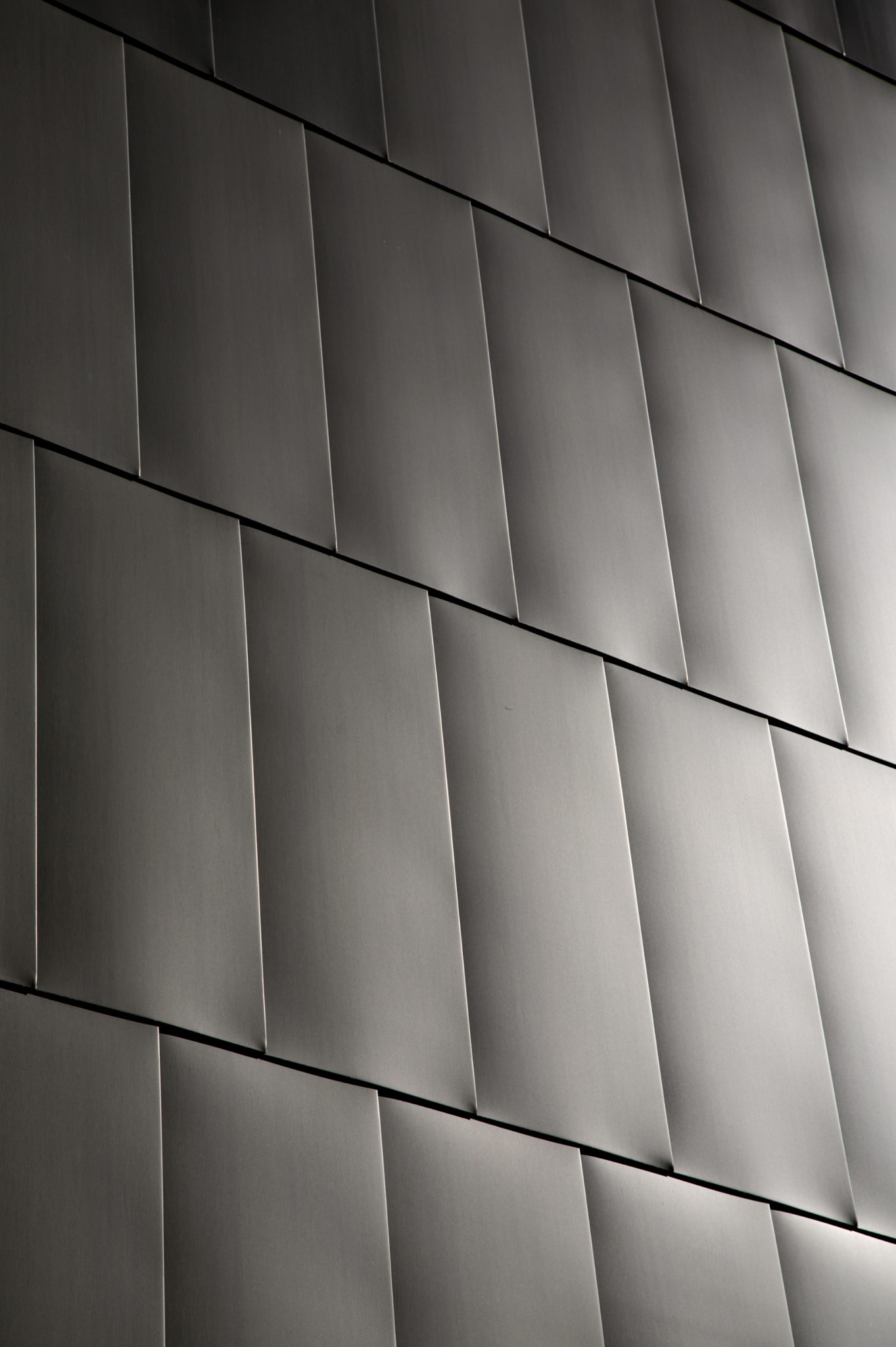 San Francisco’s Tenderloin is the City’s densest neighborhood, and most of its residents live below the poverty line in small apartments—many of them single-occupancy—without access to back yards or green space. Re-built in 1985, Boeddeker Park was riddled with problems. Attempts to address safety concerns resulted in a maze of fences dividing up the park, and visibility across the space was poor. Neighbors called it “Prison Park.” In response, The Trust for Public Land, in close partnership with the City of San Francisco’s Recreation and Parks Department, teamed with WRNS Studio to redesign and completely rebuild the one-acre park and clubhouse to meet the needs of the community.

The Trust for Public Land’s mission is to create places that support healthy, livable communities for generations to come. In the Bay Area, their Parks for People program works in underserved urban neighborhoods to help give everyone a vibrant, quality park within walking distance of their home. They frequently partner with the Recreation and Parks Department, which manages over 4,000 acres of land, 34 recreation centers, nine swimming pools and is the City’s largest provider of the Trust for Public Land’s services.

In 2007, The Trust for Public Land began a San Francisco initiative to rebuild three parks in high-need areas, catalyzed by the generosity of five lead donors: Banana Republic, Levi Strauss Foundation, McKesson, Pacific Gas and Electric Company, and Wells Fargo. Working with the City, The Trust for Public Land leveraged their initial $5 million into $16.5 million of public and private funding. That money enabled them to work with Recreation and Parks to completely redesign and re-build three parks: Hayes Valley Playground (also with WRNS), Balboa Park and Boeddeker Park. The Trust for Public Land found WRNS through Public Architecture’s 1% pro bono program, which led to both the Hayes Valley and Boeddeker projects. For Boeddeker, WRNS provided work at a discounted rate, donating overhead and profit.

The team conducted extensive community outreach, holding public meetings and forums at the site as well as at nearby youth centers, senior centers and churches—wherever local people were likely to come. Residents from the Tenderloin participated, as well as representatives of service organizations like the YMCA, Boys & Girls Club, Youth with a Mission, and City Academy. Key decisions were made at these community forums. The result is a new landmark park and clubhouse that serves as a model of civic engagement, inspiration, resource conservation and adaptability.

The clubhouse was conceived as an inviting living room for the neighborhood. Its geometries and language are derived from integration with the park and a respectful contrast to the surrounding neighborhood fabric. This building extends both the tradition of San Francisco clubhouse design and the history of delightful contrast found in Tenderloin architecture. Organized around two flexible gathering spaces, the clubhouse’s main recreation room fronts Eddy Street and frames the main park entry on the street. The form of the room reaches to the sky for light and volume and bends into the park to strengthen the feeling of “park pavilion.” This room opens to the main entry plaza. The recreation room is transparent, making interior activities evident to both the neighborhood and park. Addressing the community’s need for open space that supports a wide age-range of patrons, park amenities include different areas supporting adult exercise, basketball, youth play structures, and socializing and gathering.

With a focus on sustainable water and resource conservation, Boeddeker Park is one of the first participants in the Sustainable Sites Initiative, an interdisciplinary effort led by the American Society of Landscape Architects, the Lady Bird Johnson Wildflower Center and the United States Botanic Garden to create voluntary national guidelines and performance benchmarks for sustainable land design, construction, and maintenance practices. A signage program throughout the park indicates sustainable elements, and a key map at the front door to the clubhouse explains each.

From the very beginning of the project, it was clear that design would only be a part of the solution. Activation programming and stewardship are keys to a safe space. In partnership with the Boys and Girls Club, the YMCA, Safe Passages, SFPD and the Recreation and Parks department the park is alive with activity. The park has opened at a time in which the social fabric around it is a lot stronger and more cohesive than when we started design. Boeddeker is now a place where the collective impact model is in place and the different groups can unite.